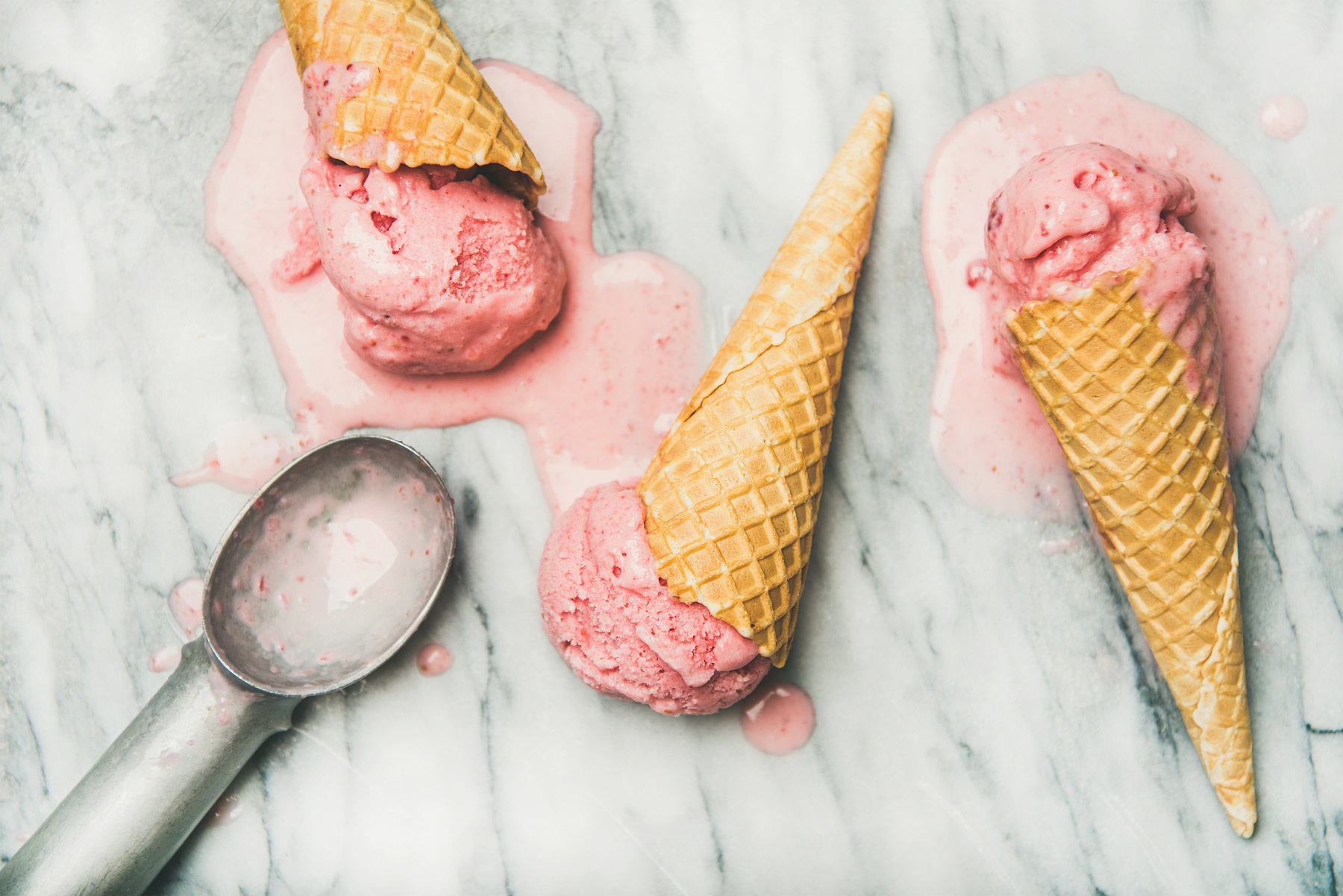 We’re pretty lucky to live in a world with so many cool food items. Pizza, nachos, donuts, filet mignon, beef wellington, the list goes on. It doesn’t matter if you want sweet, salty, sour, bitter, or savory, there’s a dish out there that can satisfy your tastebuds.

One type of food that seems to be a favorite of a lot of people simply because it’s fun is freeze dried ice cream. Most people have had this at some point in their life or another. Maybe they had it at a museum as a child, or maybe they just enjoy it as an adult.

It is definitely a space-themed snack that can satisfy even the most demanding sweet tooth in the world. But how exactly does one go about making this delicious snack for themselves? It might not be as difficult as you think, but that doesn’t mean that you know how to do it.

Fortunately, freeze-dried ice cream is actually really simple to make and doesn’t take a whole lot of time, effort, or ingredients. This is definitely a snack that can be made on a budget and can help get you in touch with that creamy goodness that you crave.

What is Freeze-Dried Ice Cream?

Well, in many cases names are misleading. French fries, for example, aren’t French. Belgian waffles aren’t Belgian. Welsh rabbit doesn’t have any rabbit in it, but it is actually Welsh. There are millions of examples of foods with misleading names, which might lead one to believe that freeze-dried ice cream isn’t freeze-dried.

Well, believe it or not, freeze-dried ice cream is just as it sounds. Ice cream that has gone through the freeze-drying process to remove the moisture from the ice cream. This process is typically referred to as lyophilization or cryodesiccation or just freeze-drying, it depends on who you’re talking to.

Freeze-Dried ice cream was developed by the Whirlpool Corporation while they were under contract by NASA for the Apollo mission. There were just a few things that they were trying to accomplish during this contract:

The Whirlpool Corporation was able to meet all of the needs of NASA for this mission, and they were able to do this so well that freeze-dried ice cream is still available on the market to this very day.

What is the Freeze-Drying Process?

But what does it really mean when something is freeze-dried? What happens to the actual food item that is being freeze-dried on a molecular level? It is a rather fascinating process that we’d like to cover in this part of the article before telling you how to do it at home.

Essentially, when you freeze-dry something you lower the air pressure to the point that the ice sublimates directly from a solid to a gas. If you didn’t know, sublimation is just the process where a solid goes directly to being a gas without first becoming a liquid.

In the case of ice cream, it is placed into a vacuum chamber and frozen until all of the water molecules turn into ice. From there, the air pressure is lowered to below water’s triple point which creates a partial vacuum and forces the air out of the chamber.

Water’s triple point is kind of a complicated thing to explain because it’s very advanced chemistry, but it essentially means that it lowers the air pressure to the point that water is able to exist as a solid, liquid, or gas. It’s a little more complicated than that, but we’re here to learn about ice cream, not do a bunch of math.

This is how they do it commercially and how the Whirlpool Corporation was able to do it for NASA back during the Apollo mission, but is there a way to do this same process at home? The answer is yes, and we’re going to cover that right now. Now that we understand the process of freeze-drying something and know where freeze-dried ice cream came from, as well as what it is, let’s take a look at how you can go about making your own at home. For this, you’ll need:

The flavor you pick will only change how it tastes and nothing else, so it’s really up to you.

You can use a spoon for this but a scoop provides more control.

You can usually pick one of these up from the local hardware store. If you’re looking for one a bit cheaper you might have to check online.

Once you have everything you need the process is actually rather simple:

1. Scoop ice cream out onto the freeze-dry pan.

Think of this step as if you were making cookies. Space them out evenly and try to make each scoop about the same size. 1 freeze-dry pan will fit a 1.5-quart container of ice cream, so if you have multiple pans you can use more containers.

3. Place the ice cream into the freeze-dryer.

We can’t give you an exact amount of time this will take because every freeze-dryer is different. Make sure that you look at your owner’s manual. If you’re still unsure, you can try 12-hours for freezing and 12-hours for drying and try it after it’s done to see what you think.

4. Let your freeze-dryer do its thing.

This step requires patience. Freeze-dried ice cream isn’t done instantly and can take hours to be finished. You could occupy yourself with board games or T.V. dramas in the meantime.

After the cycle has completed, you’ll want to try some of the ice cream to be sure that you’re happy with it. If so, perfect. You can move on to the next step. If not, put it back into the freeze-dryer for a few more hours.

6. Remove the ice cream from the tray, enjoy, and store what you don’t eat.

Once you’re happy with the consistency of the ice cream, there’s nothing left to do but enjoy it. If you need to store what’s leftover, we recommend using a jar of some sort. You don’t need to refrigerate freeze-dried ice cream so any clean jar will do.

Just like that, you’re done! If you followed our steps and consulted your owner’s manual along the way, you’ll be well on your way to having freeze-dried ice cream whenever you want. It really is that easy and is mostly a passive task.

Learning More About the Foods We Love

There are people that live to eat, and to those people making sure that they’re eating food that they find tasty is important. What’s even more important is knowing how to make any and all foods that you find tasty yourself.

Whether you’ve got a hankering for some freeze-dried ice cream or you just want to make yourself a gooey grilled cheese sandwich, it all starts with knowing how to do it and having the proper ingredients at your disposal so that you can make dishes that wow everyone every single time.